Existing-home sales recorded a third straight month of declines, slipping slightly in April, according to the National Association of Realtors®. Month-over-month sales were split amongst the four major U.S. regions, with two areas posting gains and the other two experiencing waning in April. Year-over-year sales struggled, as each of the four regions reported dips. 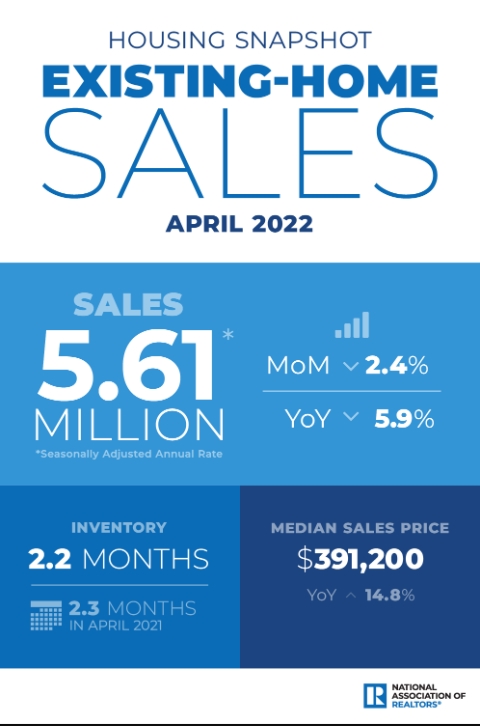